Located in the Doon Valley at the foothills of the Himalayas, Dehradun is bordered by the Ganges and Yamuna Rivers of India. The city is known for its pleasant climate and provides a gateway to the popular hill stations like Nainital, Mussoorie etc. and pilgrim sites like Haridwar and Rishikesh. The city receives high amounts of rain during the monsoon season and get really cold during the winters. Being a part of the Princely Garhwal State the local customs of the Garhwali people have influenced the culture in the city. Here are the top places that you must visit on your trip to Dehradun. 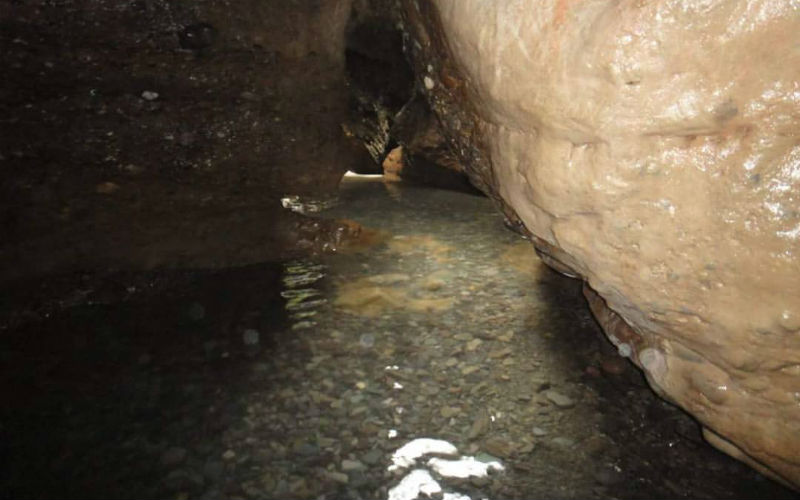 An ideal place for a picnic, Robber's Cave is just 8 Kms away from the us. Local bus services are available upto Anarwala Village, from where it is just a Kilometre's trek to the spot. 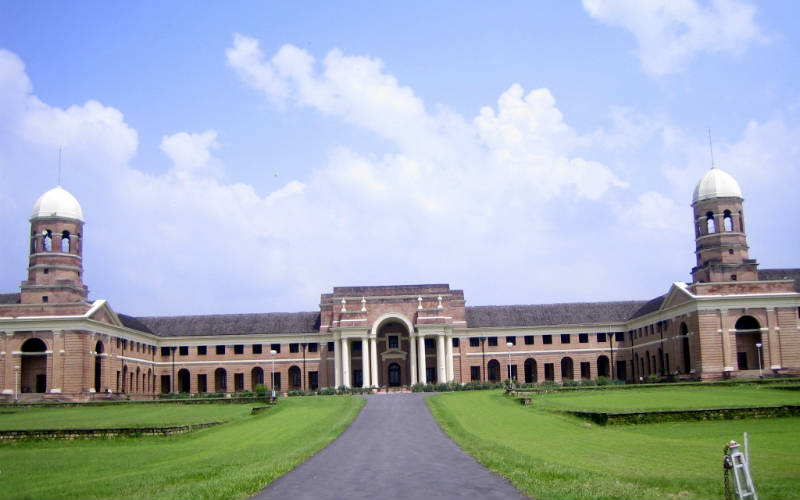 Established in 1906 FRI is one of the oldest institutions that was developed for the research work in forestry not only in India but all around the world. You could see the architectural beauty of the place that often takes ones mind away.

On the Hardwar / Rishikesh road is Lachhiwala. The serene and blissful spot is famous for its picnic spots. The place also provides accommodation to tourists in the Forest Rest House nestled in the greenery. 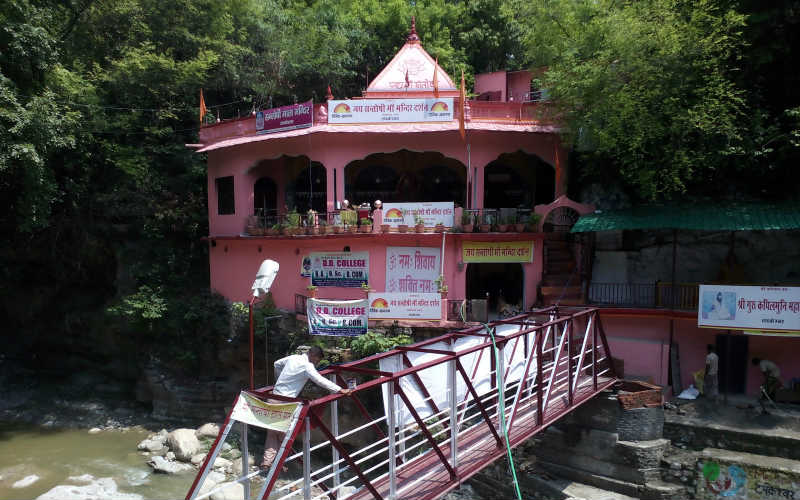 Tapkeshwar Shiv Temple is an ancient place of worship and is situated on the banks of a rivulet, in the Garhi Cantt. the temple is well connected by road. It is named Tapkeshwar as water droplets, originating from a rock, fall on the Shivling placed in the shrine. People in large numbers participate in the fair organized on the occasion of Shivratri and pay their obeisance to the deity. 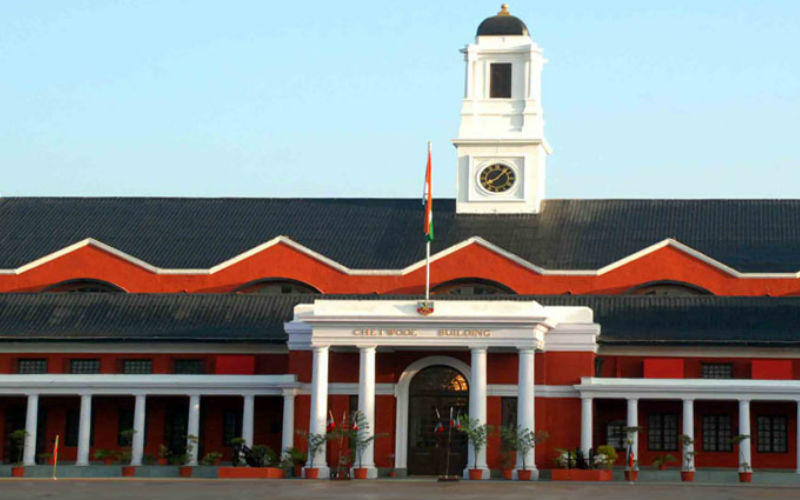 The academy is located in the foothills of the Himalayas, about 15 km The campus is on National Highway 72, which separates the North and South Campus. The campus of the academy originally spanned 206 acres which was transferred to the academy along with existing buildings from the Railway Staff College. The academy area is 1,400 acres. The IMA Museum on the campus displays artifacts of historic importance. 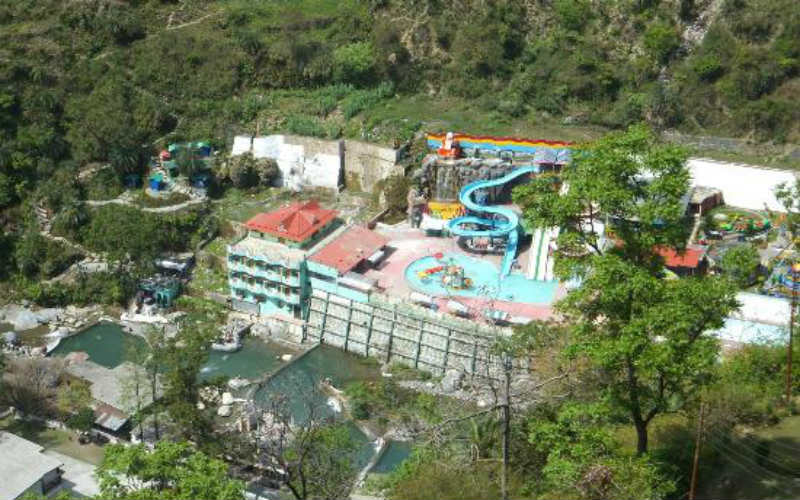 Sahasratra Dhara, laterally meaning, the 'thousand fold spring' is situated at a distance of 11 kms. from us. The place makes an ideal picnic spot and is of immense attraction to visitors. The Baldi river and the caves provide a breathtaking view. The water here has a fall of about 9 metres and leaves an incrustation of lime of all its touches. Particles thus accumulating over the centuries have formed a projecting ledge, and a sort of cave, from the roof of which falls a perpetual shower. There is also a sulphur spring in which visitors often take bath. Its water is said to cure skin infections and possess other medicinal properties. 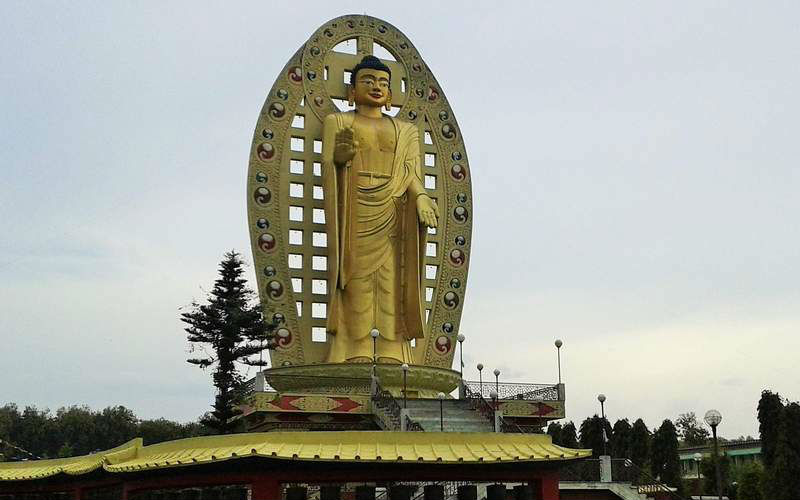 Buddha Temple as the replica of a Tibetan monastery in 1965. Buddha Temple was built to protect and promote Tibetan culture in India, and lots of renovation and additions were done to the temple building and whole temple complex during later years. The main stupa of the temple, about 220 feet in height, is built in the Japanese architectural style. It is claimed to be the largest reliquary in Asia. The Buddha Temple building has five floors in total, and there are stairs to access each floor. All five floors enshrine statues of Buddha and Guru Padmasambhava, and feature colourful wall paintings that completely mesmerize first-time visitors. After viewing ornate decorations on three floors of the Buddha Temple, you will reach the open viewing platform on the fourth floor of the temple, which offers a magnificent 360-degree view of the entire Doon Valley. 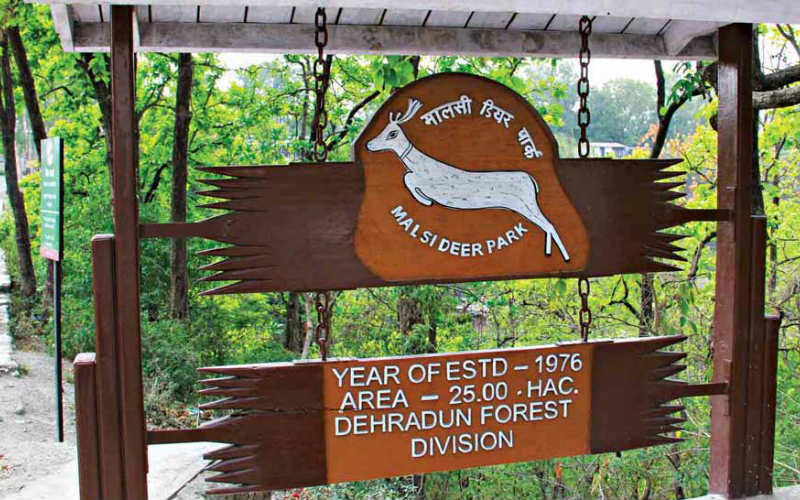 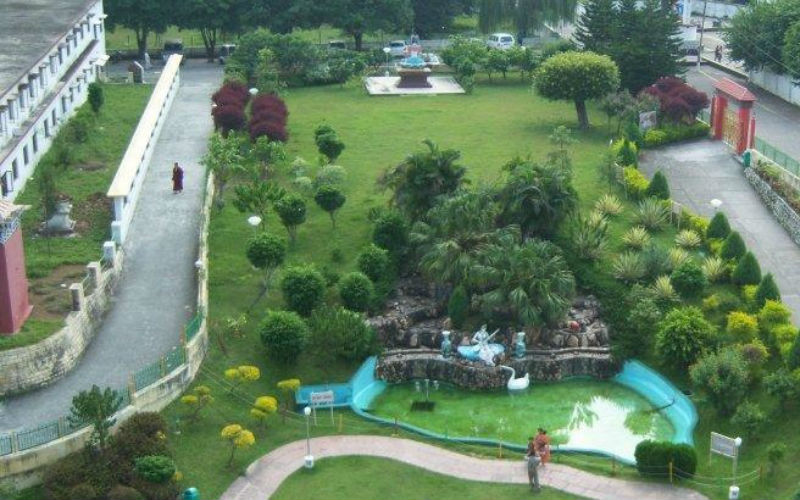 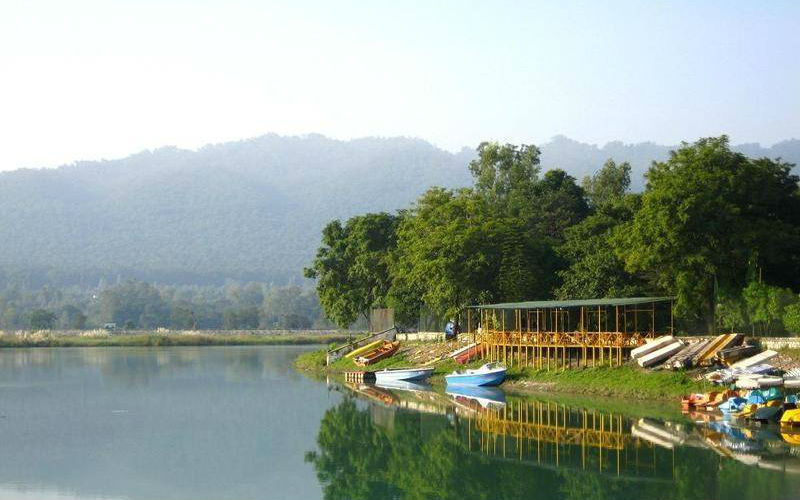